Molly Richman Weighs in on Sneaker Companies and the NCAA 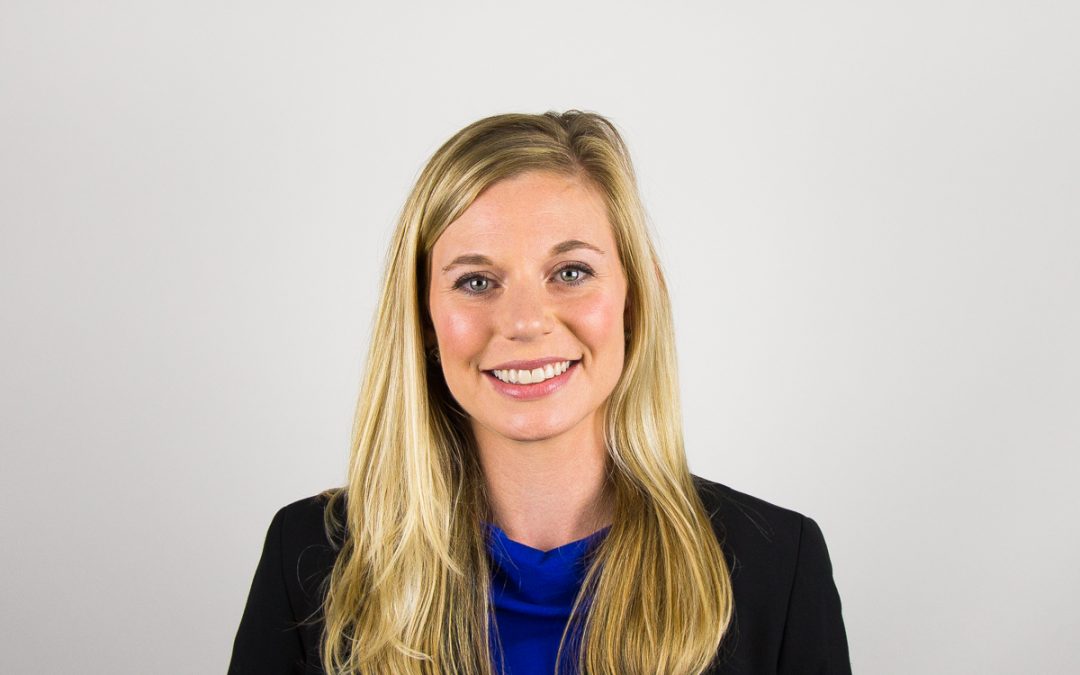 What happens if the NCAA succeeds in labeling sneaker companies as boosters?

On Monday, the NCAA served Louisville with a Notice of Allegations based largely on evidence produced by the FBI’s investigation into college basketball. The most serious charges involve payments that were allegedly arranged by two assistant coaches and a pair of employees at Adidas: Jim Gatto, who was then director of global sports marketing for basketball, and Merl Code, a consultant. The first sentence in the allegation identifies “the Adidas corporation” as a “representative of the institution’s athletic interests.” This is NCAA-speak for “booster,” a term commonly applied to someone who donates to an athletic department.

The booster claim echoed ones that were also made in NOAs the NCAA has served to N.C. State and Kansas. Even without that language those schools would potentially be facing stiff penalties, but the classification of Adidas and the people who worked there as boosters is a critical pillar of the NCAA’s cases. If it weren’t, the NCAA would not have led its strongest allegations by asserting it.

Why is this so significant? Because under NCAA rules, basketball coaches are normally only held accountable for recruiting violations they commit. But if those violations are committed by a booster, then the coaches can be on the hook. Even if there is no evidence the coaches were aware of what was happening, the NCAA can determine that they should have known, and therefore must be penalized as if they did.

The specter of a booster funneling cash to recruits is almost as old as Naismith’s peach basket, but this is the first time the NCAA has so broadly and emphatically tried to apply that label to shoe companies in high-level infractions cases. Whether the NCAA is successful in making this argument will do more than determine how these cases turn out. It could also open up a Pandora’s box of questions asking whether Adidas and other sneaker companies, which basically run grassroots basketball, are violating rules that govern boosters and recruiting. If nothing else, the NCAA is forcing coaches to rethink the role that sneaker companies play in all of this, and how that might have to change their behavior.

“It kind of shocked me,” says Notre Dame coach Mike Brey, who recently served as president of the National Association of Basketball Coaches. “I never thought of it like that. If there’s money changing hands, then yeah, they’re a booster, but I don’t think any of us look at the support we get from sneaker companies and think of that as violations. They’re giving us information to help close the deal (with recruits).”

It’s confusing, to say the least, for the NCAA to claim that coaches are putting themselves in jeopardy by working so closely with sneaker companies. Part of the NCAA’s evidence against Kansas coach Bill Self and his assistant Kurtis Townsend are text messages revealed at trial that showed them encouraging T.J. Gassnola to help them out. That kind of dialogue may look suspicious to the public, but it’s hardly unusual. “Every one of us works the shoe company angle to help us get players,” Brey says. “I speak to those guys as much as I would speak to parents. No question if there was an Under Armour event somewhere, I’d get a call from someone at Under Armour saying, ‘Hey Mike, did you see this 15-year-old kid in Dallas? He’s in our program, you gotta get on him.’ I’m not saying they’d cheat to get him, but damn right they’re helping, absolutely.”

The argument came as a surprise to others who have been involved in the NCAA’s enforcement process. “When I first saw they were classifying Adidas as a booster, my initial reaction was honestly, that’s a slippery slope,” says Molly Richman, an Indianapolis attorney who spent six years on the NCAA’s enforcement staff and now represents universities in infractions cases. “If the enforcement staff is making the argument that just because Kansas has a contract with Adidas then that makes Adidas a booster, I think that’s incredibly unusual. It would have far-reaching implications because that would basically mean that any corporate entity that has a contract with the school is a booster of that school.”

On the one hand, the task of designating a sneaker company as a booster would appear to be a layup. It’s actually written into the bylaw titled “Representatives of Athletics Interests.” The rule defines boosters as “individuals, a corporate entity (e.g., apparel or equipment manufacturer) or other organization” that has met one of five criteria, the last of which is being “involved in promoting the institution’s athletics program.” Read literally, it’s clear that Nike, Adidas and Under Armour meet this definition for a lot of schools.

Traditionally, the NCAA has argued that someone becomes a booster based on his or her actions, not just the relationship with a school. So are Adidas and its employees considered boosters in these specific cases because they steered recruits to these specific schools? Or does their contract alone render them as boosters, which would seem to cover a lot of other situations?

The NCAA seems to be arguing the latter, at least in part. After N.C. State responded to its NOA, the NCAA issued a reply reasserting that “Adidas is an apparel or equipment manufacturer that members of the athletics department staff knew to be promoting the institution’s athletics program, which triggers booster status.” The NCAA went on to list several ways in which Adidas “promotes” N.C. State basketball: providing financial assistance to the athletic department, providing $1.3 million worth of merchandise annually, updating display cases in the basketball office, giving shirts to promote basketball camps, redesigning public displays throughout Reynolds Coliseum. That sounds pretty much like what Adidas, Nike and Under Armour do for major basketball programs all over the country. It’s also what lots of other businesses and corporations do for schools. Does that mean those businesses and their employees are considered boosters too?

Another tricky question is whether this designation would place sneaker companies in jeopardy elsewhere in the NCAA rulebook. In Kansas’ response to its NOA, the school cited a clause in Bylaw 12 that says recruits may receive “actual and necessary expenses” for games and practices from outside sponsors “other than an agent or a representative of an institution’s athletics interests.” This would seem to foreclose the possibility of a booster sponsoring a grassroots or AAU team. Yet almost all of the major grassroots programs in the country are sponsored by sneaker companies. So if sneaker companies are boosters, wouldn’t that mean they are violating this rule — which in turn would mean thousands of college basketball players are ineligible?

These are the questions that extend well beyond these three cases. “I think it’s possible the enforcement staff does prevail on their argument that Adidas is a booster, but I think it’s going to have some unintended consequences,” Richman says. “This was probably a creative way for them to bring allegations they wanted to bring, but when you think about it on a broader scale, it’s going to have some impact down the road. From a bylaw 12 perspective, that would mean that corporate entities could no longer sponsor amateur sports, including in the AAU realm.”

The NCAA delivered its reply to Kansas on Wednesday, and the school released it Thursday. Not surprisingly, the NCAA rebutted Kansas’ argument in that reply. It issued a stern affirmation that Adidas and its employees should be classified as boosters, noting that such concerns about the influence of shoe companies goes back 20 years to the Division I Forum at the NCAA Convention, that Louisville’s compliance director, John Carns, testified in U.S. vs. Gatto et al that shoe apparel companies are considered representatives under NCAA legislation and plenty of case precedent that establishes corporations can be boosters.

In a statement on Thursday, Kansas said, “For the NCAA enforcement staff to allege that the University should be held responsible for these payments is a distortion of the facts and a gross misapplication of NCAA Bylaws and case precedent.” Regardless, it’s clear that the NCAA is determined to press ahead. Clearly, the NCAA is determined to press ahead on its argument that Adidas acted as a booster to help Kansas. The school’s odds of beating that back will depend on whether the Committee on Infractions concerns itself solely with the facts of the case, or whether it also considers the wider implications, which it has done in the past. “You always have to think beyond the particular case and ask yourself, am I opening a can of worms that can’t be contained?” says Jo Potuto, a former chair of the Committee on Infractions who is a Constitutional law professor at Nebraska. “Then you have to go back to the original language of a rule and say, ‘Maybe they didn’t mean this.’ I see the argument Kansas is making. Normally you don’t become a booster just because you’re a shoe company. It’s based on conduct.”

To make matters even more unpredictable, Kansas’ case will almost certainly be decided not by the Committee on Infractions but by the Independent Resolution Panel. This is part of a new enforcement process that came out of the recommendations made by Condoleezza Rice’s committee. The chair of the COI recommended that N.C. State’s case be referred to the independent panel because of the contentiousness of the school’s response to the NOA. Given the strident language in the NCAA’s reply to Kansas, it would be a shock if KU’s case didn’t end up there as well. Louisville is also expecting to end up with the new group.

Because the panel has not decided any cases, it is hard to know whether it will be tougher or more lenient than the COI. The panel’s verdicts cannot be appealed, but given the low success rate of appeals in major infractions cases, that is a distinction without a difference. “The unknown is always scary, but I think in some cases it might be an OK option for schools,” Richman says. “With the FBI cases, I think I might prefer a bunch of lawyers applying the facts to the legislation.”

Meanwhile, Louisville’s defense is just beginning. Now that the school has received its long-awaited NOA, it has 90 days to submit its response, after which the NCAA will have 60 days to reply. Louisville is the seventh school to receive an NOA stemming from the FBI’s investigation. Arizona, Auburn, Creighton and LSU will almost certainly get served as well. The outcomes of those cases will have impacts that reach far beyond the schools. For many decades, sneaker companies have financed college sports and possessed near-total control of grassroots recruiting. If they are going to be officially considered boosters, we could be headed for a whole new ballgame.